Flash Explained: What Does It Do? 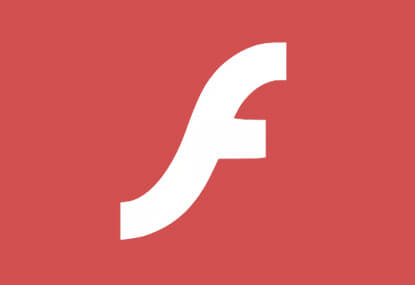 Flash was one of the first big evolutions of web design that could be clearly seen by anyone surfing the web. Early websites were very static and rather bland due to the simplicity of HTML and limitations such as download speeds which limited the use of large images and video, leaving many web designers to gaze longingly at designs wishing there was some way they could add some beautifully animated, colourful graphics or video content to really bring things alive as people were used to seeing on TV.

Flash was developed to replace HTML and CSS, killing off the idea of a web based on text with websites that were heavily image based. It made it easy to have things moving around on screen and animated in fluid and attractive ways just like TV graphics, it even made it possible to create interactive games and functions and was rapidly embraced especially by media companies who wanted everything as high end and fancy looking as possible.

An early problem was that Flash files were much bigger than HTML and CSS files, any site heavily using Flash animation  took an age to load up over slow Internet connections or less than top spec computers; the only people enjoying those beautiful media company websites were the people at the media company itself.

Things gradually improved and it soon became a staple for business web designs to incorporate a Flash intro, so web visitors would get a one minute animated experience featuring the company logo flying around and some video clips and so on, it was that little bit of first impression wow factor that then led through to a typical HTML and CSS website for the bulk of the information.

Unfortunately, this created a new problem; forcing people to sit through a minute of animation even if they had already been to the website a thousand times and just wanted to quickly look up the postal address. Web designers started to incorporate links to “skip the intro” but it was little niggles like these that prevented Flash gaining a dominant position, along with the determination of many designers to create more complex, big and slower loading Flash files every time download speeds improved, so plenty of modern web users on broadband connections and with modern PCs can still find themselves looking at a “please wait… Page loading” message if they come across a Flash site.

The death knell really started to sound when Apple decided not to include Flash compatibility in products like the iPad, and now as HTML 5 is becoming common and enables many of the most popular Flash features in a far more economic and speedy way, this particular revolution has all but died out in favour of the original king; trusty HTML.