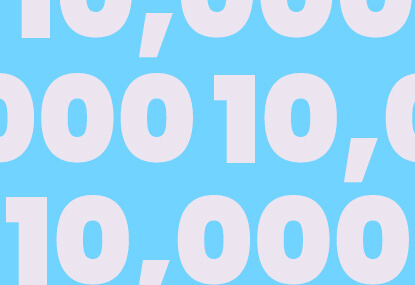 The start of 2016 has seen the social media marketing world in a frenzy as Twitter appears to be about to allow much longer updates to be shared. The much-rumoured change would be to swap from the current 140 character limit, originally introduced to allow for SMS updates on your mobile phone, to 10,000 characters (roughly 1,700 words).

Twitter hasn't released an official statement, but CEO Jack Dorsey did share his thoughts on the subject;

If you're not a regular Twitter user, it may seem strange to see the uproar the potential change has caused. It's not only heavy Twitter users that have shown concern - Twitter shares dropped 2.97% after the news was first reported by Re/code, to a new low of $21.89.

There are a number of reasons for the change, including the fact that many users take screenshots of text to provide longer responses, and those can't be effectively indexed by search engines.

It's also a response to the relative slow growth of Twitter. With just 320 million monthly users, and having not delivered a profit since launching in 2006, it's under a lot of pressures from investors who compare it to Facebook, which now has 1.5 billion users and made £579 million between July and September 2015. If brands can put their entire text onto Twitter, it means users might stay on the Twitter site or in the Twitter app instead of leaving to visit the company website, for example.

Longer text doesn't just mean more content for search engines to index (Twitter and Google are currently partnered to show content from Twitter in search results). It also means more data which could be used for advertising and targeting.

The fear from many users is that Twitter will use the USP that makes it different from Facebook, Google+ and other competitors - the brevity and concise nature of short messages.

What longer tweets could mean for marketing:

The rumoured proposal will be that tweets will display in the timeline with the normal 140 character limit, but can then be expanded to display 10,000 characters (potentially with embedded images and videos). This is the same limit now applied to Direct Messages on Twitter.

That means a lot more space for businesses to use for marketing, and less pressure to include all information, media and hashtags into a strict character limit or split between several updates. That means an even greater need for quality content, unless you simply cross-post between Facebook and Twitter, which has always been considered bad form in the past.

It does have some user benefits - it'll make customer service easier and more effective, although most brands need to direct customer enquiries away from Twitter to be able to access personal customer information anyway.

But perhaps the biggest risk is that it removes some of the attraction of using Twitter for the sizeable 320 million users currently engaged with it, without leading to increased growth from a more mainstream audience. With the growing costs of social media advertising and promotion, it's still possible to build a following relatively cost-effectively on Twitter. But if usage drops, we may see even more Facebook dominance - especially when you look at the size of Facebook-owned Instagram and WhatsApp in addition to Facebook itself.

No need to panic about #10ktwitter quite yet

At the moment, Twitter CEO Jack Dorsey has referred to as an exploration, so there's no official confirmation on how the additional information will be displayed. It may be that the 140 character update is still the rule of thumb, and that most people won't want to expand their thoughts into a 10,000 character essay (And if they do, it's wiser to publish on a blog or website than a third-party site).

And given the immediate vocal response and share price drop, it may be that having tested the water, Twitter decide to implement other experiments and hold fire for the moment. Whatever happens, any change is likely to be rolled out gradually across user accounts, and we'll be able to share best practice advice and guides on how any changes may affect your social media marketing.