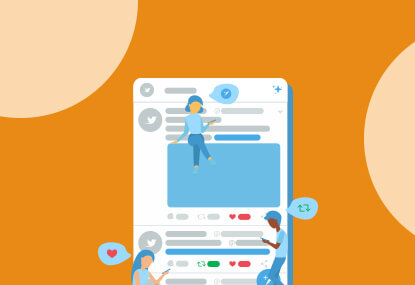 Twitter has released the new timeline which will display messages deemed to be most relevant to you rather than the default setting of the latest from the people you follow.

Rumours about the launch of the new feature have had mixed reactions, and lots of Twitter users were worried it would radically change the experience of the service. The fear was that the timeline would resemble the default view used by Facebook, which displays only those updates judged by an internal algorithm to be relevant to you, and forces you to change your settings each time you want to view the Most Recent Facebook posts from your network.

Fortunately for Twitter power users concerned about the change, you'll need to opt in for the moment, as the setting to 'Show me the best Tweets first' is rolled out to everyone.

When you've selected the new feature, whenever you visit Twitter via the web or mobile apps, you'll see the Tweets you're most likely to care about at the top of your timeline. They'll still be recent and in reverse chronological order, and the rest of the normal Twitter content will be displayed underneath. And if you're using the mobile app, just pull down to refresh your feed and see all new Twitters at the top of your feed.

If you want to opt in to the new feature, you'll need to go to your settings (on web or mobile), and look under the Account Settings for the Content section. If you have an option for 'Show me the best Tweets first', then you can turn on the new display.

When the new feature becomes available to everyone, you'll see a notification in your timeline. At that point, you'll need to turn it off via your settings rather than opting in.

The good news for brands is that it means you'll reach more people with your messages without having to repeat the same content throughout the day - and in testing, users respond and Retweet more often with the new layout. It may also lead to an increase in new and repeat Twitter users, which is something the social network has struggled with over recent years.

The latest official Twitter stats are 320 million monthly active users, with 80% accessing the service via mobile and 79% of accounts based outside the U.S.