LinkedIn to Make All Groups Private and Launch New App 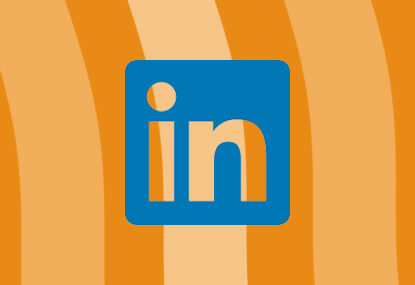 LinkedIn has become a valuable social network for recruitment and job searches. Since 2004 it has also had LinkedIn Groups which enabled professionals to network and discuss business and common interests. To make them more useful, a new iOS application will be released on October 14th, 2015, and on the same day all Groups will become private.

The iOS phone app (And an Android version also being worked on) will be a standalone app for LinkedIn Groups which will offer notifications and updates for the groups you belong to.

But the bigger change is to make all Groups private - only members will be able to contribute and see what has been posted, and search engines will be blocked.

The hope is that the move will reduce spam, and encourage more productive communities - member-only groups already see up to five times mroe participation and conversation. In the future, you can choose to run a Standard Group, which allows members to invite their connections, or Unlisted Groups which won't appear in any searches, on profiles or allow members to send invites - only owners and managers.

LinkedIn is also introducing better content filtering, improvements to the moderation in groups, the ability to include images and use @ to mention other members by names and removing Sub Groups.

Reasons to Use LinkedIn Groups:

There are several good reasons for small and medium-sized businesses to use LinkedIn Groups. As a professional network, it's a good way to connect with suppliers, customers, potential buyers and other business owners in your industry - as well as being a great tool for recruitment. And it's obviously a great way for business-to-business companies to be more social in a setting which is more relevant than Facebook, for example.

Ultimately with any social network the results from interacting will depend on what you put in. It's important to make the most of your LinkedIn Company Page regardless of any effort you put into LinkedIn Groups, but combining the two can make a far bigger impact.

We have some amazing clients that we have worked with for years - decades even!

Here are a few kind words from them and some of our latest work.

"Quite frankly making the decision to have a site designed - which was a culmination of almost twenty years experience - has literally transformed my business both logistically and in terms of gross revenue generated."

"They are competitively priced and their aftersales support is excellent. I have recommended them to several companies in the past and would have no hesitation doing so in the future."

“Fantastic from start to finish. They understood my business and what I wanted the website to achieve and delivered. The website looks amazing and I have considerably increased visitors and sales. I ask everyone that comes into the showroom where they found us and almost all say Google.”

Visit us (or we can come to you)
Britannia House, 18 Second Avenue,
Chatham, Kent, ME4 5AU