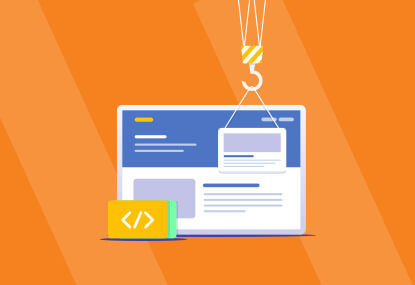 Google’s search engine is being constantly updated and changed. From Googles ranking algorithm to the general way the search engine reacts to the user; everything gets changed over time. If you see a featured snippet, it might be down to a new Google update.

‘Project Owl’ was one of the more recent updates which targeted wrong content and fake news. This involved the addition of a report feature that allow you to report any autocomplete suggestions (what it comes up with as you start typing in Google) or featured snippet that you feel is offensive, inappropriate or quite simply wrong. Other updates include mobile-first indexing and most recently, ‘Fred’. There are many regular updates to Googles search engine. This has caused drastic changes to the way Google is used and has caused many changes to websites organic rankings.

One update that we have recently seen come into effect is that of an improved featured snippet box. The features snippet has been a part of Google for a long time, but could only be used for certain search terms. Google aimed to improve this by adding more terms that generate a featured snippet and ensure that what appears is relevant.

How do you get results without experimenting to see if something works? That is exactly what Google is doing. They utilise peoples searching behaviour and their intent to create a highlighted box with, what they believe to be, the answer to the search. The result within the features snippet is supposed to be relevant and is grabbed from one of the pages from, usually, the top 5 websites in the organic rankings.

Google are well known for experimenting with ideas. This includes new features and even general algorithm updates. These are always in question as to if they are here to say. We can expect that the featured snippet will be here to stay, but what about the updates that are made to it? Are they here to stay and will there be more of them? We won't find out the answers to these questions until more updates are released in future.

If the featured snippet is here to say and more terms are being made to trigger one, then you might want to consider devising a plan to get one yourself. This obviously depends on the industry and what currently triggers an answer box, but if you were to get one, expect some great results!

What are the benefits to having a featured snippet?

Well, let’s change the question. Why is it important to have an organic placement on the first page? Well that answers itself, you are on page 1; the first website people see (ignoring ads of course). This increases CTR (Click-Through Rate) which means increased traffic. Increased traffic can then increase the chances of getting an enquiry or sale.

The featured snippet is placed above the first organic result which makes it the highest possible rank organically. You can be position one in the organic search results, but how do you improve this further? Given the classification ‘rank zero’, a featured snippet means you are at the very top with a more compelling look to your website; gaining even more traffic.

How does Googles Featured Snippet affect your organic rankings?

There is a slight negative effect to organic rankings. The average CTR of the organic rank 1 position is roughly 25%. Obviously, this varies depending on the search and there is a large difference between branded and non-branded searches. When a featured snippet box is applied however, the CTR for position one drops to 18%. This means that traffic to sites in position one will start to decrease. Achieving the featured snippet however will offer great bonuses to the site.

Because Google updated the Featured Snippet box, you have a much higher chance of triggering one when performing a search. This means that companies have more chances to utilise them for their own gain. To do this, you need to go through keywords that you would want to target/ currently targeting to find out what ones trigger a featured snippet. From this you can work on altering your content to try and get your own content to appear as the featured snippet.

This does not mean you just add text to a page in order to get a featured snippet. That is one method, but it does require much more than that. What would someone be wanting to find out and what kind of questions would they ask? These are the hidden questions that your content must answer. Google will give this content a score which, depending on that score, could earn you a featured snippet or improved rankings. There are different ways to do this as well. Depending on the subject of the question, it might need to be answered in a different format compared to just paragraphs of information. Other formats include bullet points, tables and text with accompanying images. Below are the different kinds of featured snippets:

You do not need to be rank one to get a featured snippet. We have seen websites up to rank 5 on the first page have a featured snippet as Google chooses what it believes is the most relevant and authoritative content. So, if you wish to increase CTR and traffic to your site, you might want to consider looking at trying to improve your content and get yourself some featured snippets.