What is the future of Google+? 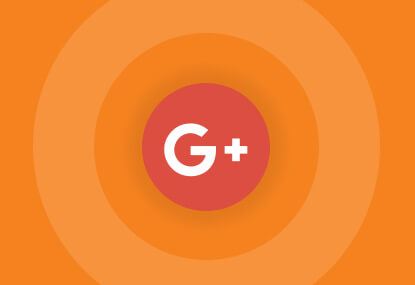 Trying to predict the future of Google+ is still difficult, despite a massive redesign currently being released to users. The social network was launched by Google back in 2011. Initially seen as a potential competitor to Facebook, Google+ evolved to become a social layer which ran across all Google services, including Youtube. But after 4 years, efforts have been stripped back and refocused.

The revamp and new Google+ design were introduced on November 17th, 2015. Initially rolling out as a Beta, the changes have become widely available to all users. Having already removed the requirement for Google+ accounts across other services, the new design also splits out live webcasting and meetings service Google Hangouts. There is also a new, separate About Me service for managing what information you share on Google services and networks as an individual.

Instead, Google+ now focuses on two areas - Communities and Collections. The community discussion forums have remained popular throughout the short four years since launching, and get around 1.2 million 'joins' a day from people looking to chat about particular interests.

Collections are also designed to share content around specific topics by organizing and collecting text, photos and videos.

Perhaps the biggest surprise is that it also removed reviews - customers can't see or leave any reviews on new Google+ pages.

In the short term, it's still possible to access this information by switching to 'classic' Google+ on a desktop computer, but it's already permanently changed on mobile.

The implication is simple - small business marketing should focus on the Google My Business Directory Listings, which appear via Google Maps and Search, and will still display business information, opening hours and reviews. And unless you already have a big following, there's no reason to use Google+ Pages for business anymore - if you have the images available to build up Google+ collections, you're likely to get better results from Instagram and Pinterest.

The only remaining question is where to point customers who wish to leave a review as there is no specific location for every business. When there is a viable solution, we'll make sure to update this post!