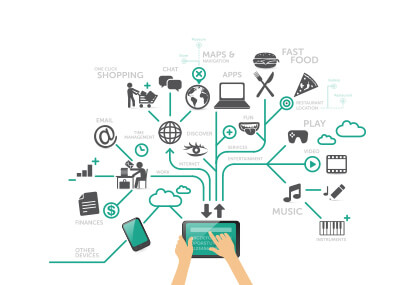 Last week's web and technology news was all about the latest tablets to come onto the market, with some unexpected results.

Microsoft unexpectedly released a tablet, Microsoft Surface, which has done something really interesting with the standard tablet set up. They did an amazing job keeping the project development under wraps and took everyone a little by surprise even though it had long been rumoured they would develop a new tablet product. You can use it as a standard tablet, or click a keyboard into place (no weird wires or complexity to it either, you literally click them together) and then you’ve got a decent sized keyboard to work with and something that looks more like a regular laptop.

Early reviews are very positive, trendy TV ads have kicked off and Microsoft look a pretty serious contender with a machine that bridges the gap between old and new perfectly for late adopters of new technology, and in a way that keeps it perfectly suitable for early adopters. Nice to see something approaching a little innovation in an industry where the word is thrown around a lot over the tiniest new feature. Perhaps it’s unsurprising, it was Microsoft who invented the tablet computer long before the iPad turned up, so the ball was in their court to hit back with a challenge for Apple.

It also shows just what a big deal the tablet market has become, the mobile nature of the device fitting perfectly with newly evolving websites focusing on mobility and real time local information. This sea change in how the Internet is accessed will mean a lot of changes and opportunities in website design as well, just as Microsoft want to corner a bigger bit of the market for their own software opportunities and dominate just as Windows dominated desktop PCs, investing in creating hardware shows how hungry they are for it.

The other big tablet news was, unsurprisingly, from Apple who excitedly announced the iPad4. Unusually, many Apple fans were rather upset by the news, probably because iPad3 was released just 7 months ago. So rather than the usual media and fan frenzy over new features, much of the debate online was griping about Apple making all those expensive new toys yesterdays technology.

This comes at the end of a disappointing 6 months of criticism for the world's biggest company about the poor delivery of Apple Maps, the lack of innovation in new product versions and the ongoing mutterings about Apple’s record on treatment of workers and the environment.

Beginning of the end or just a blip? For the first time in years doors are opening for competitors and Microsoft, Sony and Samsung are all throwing out some solid new products at the moment with some really innovative features, could be an interesting Christmas season!