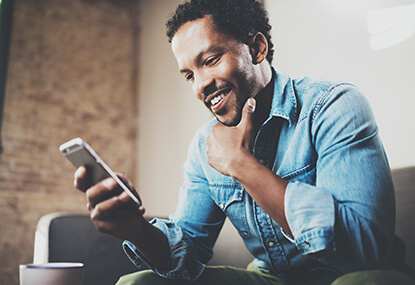 It's been another week where the focus of the Internet has been on the hardware manufacturers rather than the web itself.

In the wake of Apple releasing new iPad models just months after their last release, prompting cries of planned obsolescence gone too far, some new figures have shown the tide may well be turning against the biggest company in the World.

Last year 93% of US iPhone users intended to stay with iPhone next time they bought a mobile, this year the figure has dropped to 88%, meanwhile in Western Europe the figure is down from 88% to 75%. These are still great customer retention rates in such a market but significant shifts after a troubled post-Steve Jobs period of widely reported issues with worker welfare, environmental policies and substandard products such as Maps.

Meanwhile key competitors are ramping up the pressure, Apple was forced by a British court to post an embarrassing apology to Samsung on their website over claims of intellectual property theft, as Samsung announced sales of their latest Galaxy phone are going three times faster than the last, and rapidly catching up iPhone numbers.

Google are about to release their new Nexus tablet which is getting some strong reviews, and Microsoft are making lots of noise about Windows 8 creating a fluid 'ecosystem' between PC, tablet and phone hardware as nothing else does, following on from their Surface tablet they're now looking at producing their very own smartphone too.

What this will hopefully mean for users is a lot more innovation and competitiveness in the year ahead, although it's worth pointing out Apple still sold 3 million of their much derided new iPads in just three days so they're hardly out for the count.

By far the biggest buzzes online at present are certainly on the big World news; hurricane Sandy and the US election, the latter of which in particular is going to generate colossal sums of traffic across social networks and news websites, as well as creating data. Twitter has been trawled to see how many photos of each candidate are being posted, NBC are watching and broadcasting with Instagram and Pinterest whilst a new Facebook App spies on your friends' political leanings!

In spite of all these waves of data and information of course, it's all meaningless until the big day, as ever where the Internet really shows its' benefits to humans is in the ways it can truly help us in real lives. Hurricane Sandy was a great example with lots of use across social networking websites like Facebook and Twitter raising awareness of what was going on, and numerous phone and web apps popping up across different devices allowing tracking of the hurricane, advice making survival plans and broadcasting of messages to friends quickly, nice to occasionally be reminded how useful our technology is beyond addictive games and status updates...