The most popular Google searches in 2015 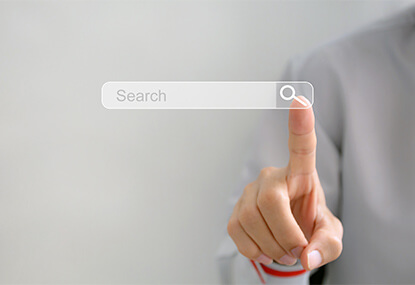 Want to know what became the most popular Google searches in 2015? Each year, the company has released a collection of the top terms that users have typed into the search engine, and in 2015 they've now separated the data into 20 different categories for the UK.

And although you can probably predict the top terms for some categories, there are also some surprises. While the Rugby World Cup was the top sporting event, the most searched for sports person was female UFC fighter Ronda Rousey.

The Top Male Celebrities searched for on Google in 2015 were:

The Top Female Celebrities searched for on Google in 2015 were:

More interesting for most small businesses will be categories such as holiday destinations, the most popular searches for 'How To...?', "What is...?", "When is...?" etc.

Explore the Google Trends Year in Search 2015 for yourself, and see whether there are terms which might surprise you.

We have some amazing clients that we have worked with for years - decades even!

Here are a few kind words from them and some of our latest work.

ADW Business Consultancy Ltd was recommended to Smart Domain Group as a company that could offer a bespoke website redesign service at a competitive cost...if you are looking for an organisation that is professional,direct, and business friendly … Go No Further…

"Quite frankly making the decision to have a site designed - which was a culmination of almost twenty years experience - has literally transformed my business both logistically and in terms of gross revenue generated."

“Fantastic from start to finish. They understood my business and what I wanted the website to achieve and delivered. The website looks amazing and I have considerably increased visitors and sales. I ask everyone that comes into the showroom where they found us and almost all say Google.”

Visit us (or we can come to you)
Britannia House, 18 Second Avenue,
Chatham, Kent, ME4 5AU