Google Updates: Should We Be Told More? 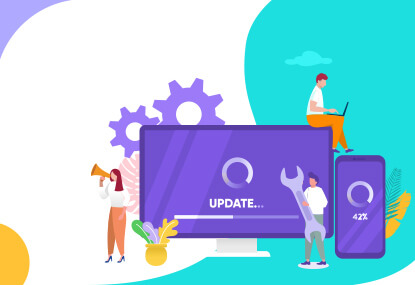 Once upon a time, Google gave us information on their updates pre-release. These updates were regularly announced and would include details on the changes being made to their ranking algorithms. This gave SEO companies and organisations the chance to react and ensure their websites were up to par. So should we be given more information about upcoming Google updates?

This information ceased to be given out once the head of Google’s Webspam Team left the company. Matt Cutts was a Google engineer and quickly became the public face of Google. He would provide information on the updates to come; what they would bring and how they would affect websites. As he was actively involved in helping to write the search algorithm, he became a very authoritative and trustworthy voice.

Matt Cutts departure meant the end of the information. This made it difficult to know when there would be an update and what it would consist of. Also, this lead to confusion. Companies would lose rankings and not know why until the discussion of a Google update arises. Other spokesman of Google has been less than forthcoming with the details of Googles updates. Over time, this has diminished the understanding of what Google are targeting and how they are going to do it.

The updates have gone from one large update to smaller tweaks and changes. Recently, there have been some confirmed updates such as the mobile-first indexing update. These however have thinned out and are not as common. There aren’t many large updates and there are even less updates that have been given names. This can be seen by looking at Moz’s Google Algorithm Change History. You can see that most of the recent updates and even some from back in 2016 are referred to as ‘Unnamed’ or ‘Unconfirmed’. 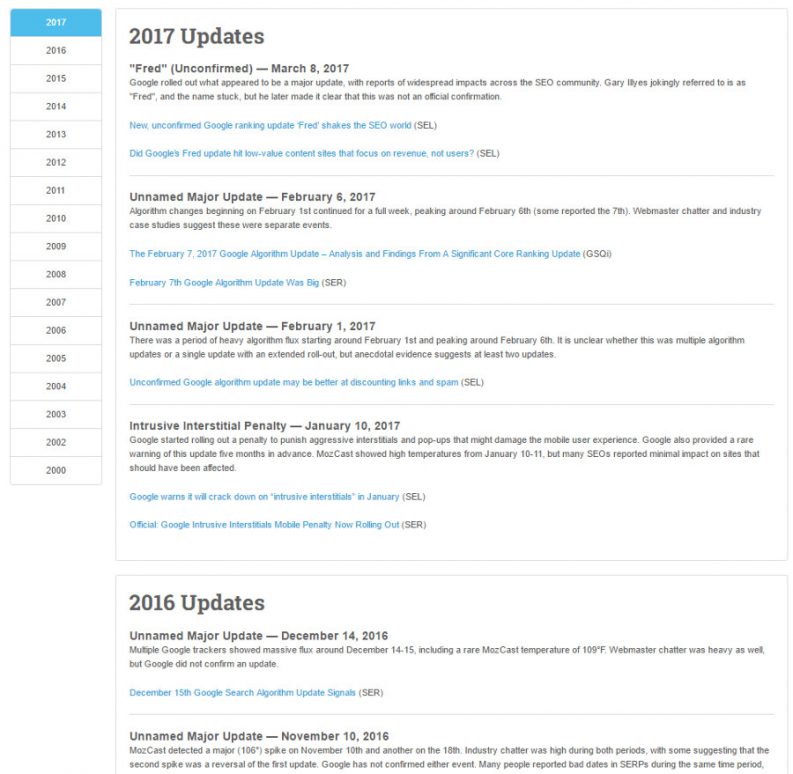 The hunt for information

The issue with the silence is that it affects everyone. One way or another, it will affect you. From the results that appear when you’re doing a search to a company’s organic rankings; everything is affected. The updates come out without any warning unless if something is leaked or found out. Without any warning of these updates, it can cause sudden changes to company’s rankings and they wouldn’t know why.

Back when information was released before the update is released, companies could react and improve their site to minimise the disruption to their organic rankings. Now, businesses are afraid of what Google might change and they have every right to be! Industry blogs and SEO companies scour the internet for information that is divulged at conferences or on social media. From this information, they can only speculate what it might mean for companies and marketers.

Why are Google updates kept secret? Why is it that we are left in the dark? These are the questions we all want to know, but never find an answer to. However, the questions we should be asking is; Is it better this way? Or do we deserve a better level of transparency from Google?

The issue with Google’s lack of transparency is a reoccurring discussion. It happened recently which was just before SMX West took place. It was brought up by an unconfirmed and unnamed ranking update from Google that was brought out in early March. This drastically changed the rankings of many sites.

Given the name ‘Fred’, this update had an impact on hundreds, upon hundreds of websites. They all saw sudden drops in their organic search rankings and these were quite significant drops as well! Chaos ensued with website owners and SEO companies scrabbling to identify the cause of this sudden change.

Google constantly refused to say anything about the update. They weren’t going to give it a name and they weren’t going to release any information as to what the algorithm update was targeting. The name ‘Fred’ was given to this update due to a twitter post from Barry Schwartz. He stated that Gary Illyes should be the one to name the new update and so Gary replied. He said “Sure! From now on every update, unless otherwise stated, shall be called Fred”. 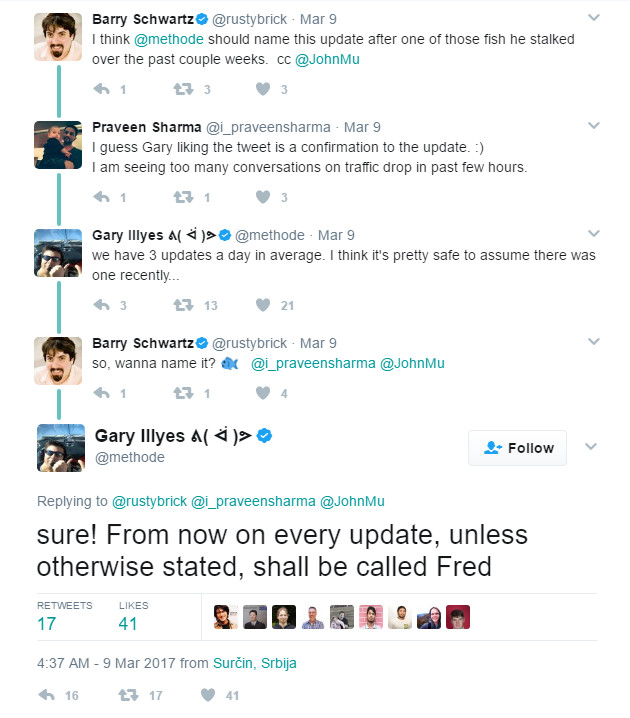 Gary Illyes was further pressed about Fred during a Google AMA session at SMX West. He declined any request for more information and declined to provide any specifics on the update. The only thing he did state was that the details of what Fred targeted could be found in the webmaster guidelines.

What did the update target?

After the update had hit, people have been researching into what the update was targeting. Websites with poor link profiles or those that were ad-heavy with low-value content were seemingly targeted the most from this update. The sites affected by this update seemingly used poor SEO practices to improve their rankings. Sites that do this should not be surprised if they see a sudden drop in their organic search results if they get hit with a ranking penalty by Google.

There are two sides to this idea. Google currently have had it so that good sites are rewarded while bad ones are punished. However, would it not make matters better if they confirm the details of why sites are being rewarded or punished. This could provide the webmasters with some incentive to improve their website to meet Googles requirements.

However, on the opposing side, if Google were to be more transparent about their updates; it could give webmasters that use poor SEO tactics the chance to avoid getting caught before the update hits. This is what makes it hard to determine whether Google should be more transparent when releasing an update.

The two sides of the argument on Google Updates:

There are going to be those that are for an improved transparency from Google when they are pushing an update, but there will also be those that will be against it. Someone on twitter called Bex Sentence uploaded a post to Search Engine Watch to ask its community for their opinions.

There were 4 direct replies to the thread in total. Three of which were in favour of Google being more transparent about its updates. These were for different reasons as well, creating some very interesting arguments.

The fourth response had an interesting perspective on the matter where he accused Google of not liking SEO companies. He believes that Google sees SEO companies as cheaters that try and get sites to rank higher through 'cheating'. Which in some ways, depending on the way you look at it, is right. In one way or another, SEO companies aim to utilise different methods and ranking factors to get a site ranking higher. This, depending on the methods, can be seen as a method to game the system.

There was however, someone that disagreed with the idea of Google being more transparent with its updates. They believe that if Google was to do that, chaos would ensue. Again, this is a possibility and is quite right.

When you look into this idea further, we have to consider that the changes being made aren't always by the people at Google. Instead they are automatically updated made by Rank Brain; Google's AI. This has a great impact on where sites rank and can make changes that cause dramatic changes for many websites. These updates are often unrecorded, but for large scale updates; there is still room for us to be informed about what will be changed before it is set live.

Should Google be more transparent with their updates? Well truthfully it is a matter of opinion as there are many arguments for and against this statement. It would be helpful to get information on when an update is planned to be released and what it will be targeting, but on the other hand; we don’t want to be giving black hat SEO companies a chance to avoid being penalised for their actions. Have a think about it yourself; do you think Google should be more transparent, or do you believe that it should stay the way it is?