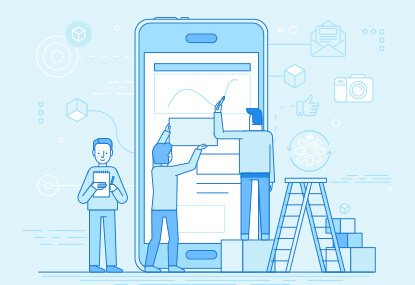 If you currently have a mobile website for your business, Google recommends any swap to a responsive site happens as soon as possible. The reason is that the mobile-first search index will be arriving soon. And that will have implications if you make the switch after Google has changed to prioritising mobile. The mobile-first index was originally announced in November 2016, and should be coming by 2018.

The advice only applies to those who have a separate mobile website at an 'm.' address. For example, if we had m.sdgwebdesign.com. If you already have a responsive website which works across all devices, or you're planning to launch a new responsive website, then you're already covered.

The tip was revealed by Google's own analysts in a 'Webmaster Office Hours' video available to watch on Youtube. The relevant information comes just after 25 minutes into the video. And the logic is that at the moment, Google focuses on indexing the desktop version of your website. So the urls of the mobile version are noted, but they don't truly look at indexing every piece of content on the mobile website. So migrating from a mobile site to a responsive version now will just need Google to update the fact your main website now works across all devices.

Whereas if the mobile-first indexing is in place, the process changes. Because Google will now be looking at your m. address as the source of your results, it will index that rather than the desktop. So if you then move from a separate mobile site to a responsive website, Google will now have to update all the content and signals it uses.

And whereas in the past, you might have wanted to show less content to a mobile phone user, that will be changing. You're going to want to have the same content and functionality on mobile to keep your search performance. So having that in a user-friendly format before the mobile-first index is a good idea.

If that seems a little complicated, the changes can be summed up fairly easily:

It really is time to make sure your business is mobile-friendly!