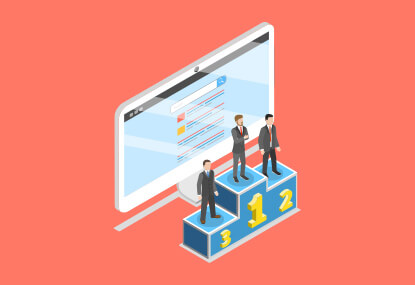 The end of Google PageRank Public scores has finally arrived. For the past few years, Google has been encouraging website owners to move away from looking at their PageRank metrics as the most important measure of success. That included removing it from Google's own Webmaster Tools (Now Search Console), not including it in the Chrome browser, and halting score updates since November 2013.

Now it has been announced that the public Google PageRank Toolbar is being removed, it's the final step in letting it fade into history. That closure will also mean third party websites will no longer be able to pull data via the Toolbar, effectively ending any way to check PageRank scores.

What is Google PageRank?

The PageRank algorithm was developed by students Larry Page and Sergey Brin at Stanford University in 1996. The pair used it to form the basis of their new company, Google, as it provided a way to automatically rank the results of their new search engine. To decide whether a website was an authority on a subject, the PageRank algorithm would look at how many links  a website had received. It also took into account how much of an authority was linking to the website. So a link from the BBC website was worth more than from a brand new blog which no-one had ever visited.

20 years later, and Google still use PageRank as part of the multiple algorithms and factors which determine search engine results pages. It's also now used by a variety of other software companies, in academic research and other projects involving large networks.

Alongside the internal PageRank score used by Google for search engine results, a public version was also available. This score was marked from 0-10, and the score of a website home page was usually taken as an indicator of the authority of the whole site.

It's this public score which Google has stopped updating and now removed. It's part of a constant effort to encourage websites to invest in accessible websites via technical SEO, and good quality content, rather than being tempted into buying links from high PageRank websites. In fact, the 2012 Google Penguin update was specifically designed to catch websites who invested in large numbers of links from low quality and spam websites.

For most people, checking their PageRank scores on a regular basis became less important since Google dropped the figures from Webmaster Tools, and certainly since the public scores stopped being updated.

Aside from webmasters and SEO specialists, the other people who took a big interest in PageRank were PR firms, looking for ways to measure the coverage they could get for clients. Without access to many other metrics, the public relations companies would require a certain rank for websites and blogs to receive products, interviews or other incentives.

There are other measurement tools available. These are generally provided by specialist search engine optimisation providers, and tend to be more detailed than the PageRank score, but often also require a paid subscription to be able to access them. So companies which either aren't aware or don't want to pay for alternatives will now have a bigger challenge in judging whether websites are worth working with.

Aside from that, little will change. Most people have already moved far past PageRank, and won't notice that it has ended. The main people feeling the loss will be SEO veterans who fondly remember the 2000s.